Strategic Planning In The 21st Century – What Works Now

Strategic planning evolved in the second half of the 20th Century, after World War II, as a way to apply methods that worked effectively in warfare to peacetime situations, especially in industry. Today the world is so different and fast-changing, old-style strategic planning can be a self-defeating waste of time, money and resources, yet certain fundamentals are still valuable. It is important to understand what works now in order to make good management and leadership decisions in the 21st Century.

A Quick Review Of A Half Century

Strategic planning was found to be highly effective in post-war American industry. Ford Motor Company employed a brilliant man named Robert McNamara to lead its strategic planning efforts, and many improvements in productivity and profits were achieved. As word of strategic planning’s power spread, more and more companies adopted it, with generally positive results.

What these early practitioners did not realize is that strategic planning was working because it was being applied to companies, primarily manufacturers, where all the key variables were under control, under one roof. Raw materials came in one end of the plant, workers modified and assembled them, and cars and other products came out the other end.

The post-war years were a time of general stability and steady growth in America, and it was fairly easy to predict what would happen next. There was no global economy, no Internet, no rapid pace of change.

Things began to change in the turbulent 1960s. The U.S. engaged in the disastrous Vietnam War, and who was the Secretary of Defense? The same Robert McNamara, who found that strategic planning was not worth a hoot when it came to defeating stealthy Asian fighters hiding in the jungle and willing to do anything to save their homeland from the American invaders.

Meanwhile back at home, the civil rights movement, anti-war protests, television, sex, drugs and rock and roll were turning American society on its ear. This was not a conducive environment for predictable strategic planning.

As America’s leading authority on strategic planning, Henry Mintzberg, wrote in his groundbreaking book, The Rise And Fall Of Strategic Planning, this practice was so widely used because it provided the illusion of control. This is very important to understand – and not be seduced by. Typically a group of people in leadership roles work together over a period of time to write out a strategic plan for a business or organization that covers one to five years. Once that document is complete, they feel satisfied because now things are under control, all planned out. They do not want to hear or consider that their plans may become obsolete within days of completing the document. They want the employees of the organization to follow that plan regardless of what happens. Ah, the illusion of control – how sweet the sound! Unfortunately, it is indeed an illusion in many cases.

Searching For A Better Way

And so in the latter years of the 20th Century, many consultants, authors and experts began to look seriously into the issue of, Why do some businesses do so well, while others which appear to be similar do so poorly, even go out of business? If strategic planning is not the magic answer, what is?

In Search Of Excellence by Tom Peters and Robert Waterman, published in the 1980s, had an enormous impact on the world of business, and set off a virtual gold rush of one consultant after another comparing one set of successful companies with a comparable set of failing companies and analyzing the critical success factors that made the difference. Book after study after book poured out onto the business landscape in such rapid succession it was hard to keep up – but for many of us it was addictive, like a mystery novel, with new clues being revealed in sequence, but the ultimate answer unknown.

One of the more successful such studies, conducted by Robert Kaplan and David Norton in the late 1990s, resulted in a system they called The Balanced Scorecard: Translating Strategy Into Action. Its focus is actually accomplishing things, measuring results and providing feedback to participants, and brilliantly linking the human resources, operations and marketing functions in such a way that they drive financial success. The Balanced Scorecard was widely adopted by many businesses, government and nonprofit organizations, and is still in use today. But that is not the end of the story.

Also in the late 20th Century, research scientists, taking advantage of the increasing computing power of desktop computers, began trying to create computer models of how living systems, from ant colonies to consumers in a store to the stock market, actually function in the real world to survive and thrive. They called these computer models complex systems, because certainly something like an ant colony, consumer behavior or the stock market is a complex system. Mostly they focused on how these complex systems adapt to their changing environment, with the belief that adaptation was key not only to survival but the whole process of evolution.

From this research and resulting reports and books emerged a whole discipline known by the shortened term Complexity. (Unfortunately that very word is a turn-off for people who like to keep things simple, but that does not lessen its value.) Complexity teaches that they key to success is not strategic planning and focusing on fixed goals, but constantly adapting to the changing environment. The impact of the recent Recession on most businesses and organizations in America was one of those major changes that demanded adaptation to ensure survival. Many plans and goals had to be thrown out the window.

One more alternative to traditional strategic planning which has been valuable for many organizations is a process called Breakthrough Thinking: Why We Must Change the Way We Solve Problems, and the Seven Principles To Achieve This, by Gerald Nadler and Shozo Hibino. Breakthrough Thinking, which also relies on creating and managing systems, is especially valuable at tackling difficult challenges, even those which seem impossible at first.

For example, government agencies had spent millions of dollars futilely trying to eliminate the gypsy moth, one of the most damaging defoliating insects in the world, responsible for devastating many acres of American forests. Once Gerald Nadler and his team were brought in to employ Breakthrough Thinking, it was realized that the problem was focusing on the wrong purpose – and by refocusing on managing the problem rather than eliminating the moth, much progress could be achieved.

Traditional strategic planning, new ways of managing for success, Complexity, Breakthrough Thinking and other disciplines all have some value to contribute to the challenge of optimizing the success of any organization, short-term and long-term. Because so many people continue to believe that strategic planning is the ultimate answer to big problems, we at Lawrimore Inc. decided rather than come up with a new term no one had ever heard of, we would call our hybrid approach Dynamic Strategic Planning, available on amazon at this link.

Dynamic Strategic Planning (DSP) is like a toolkit of problem-solving and planning methodologies that can be applied as needed to each organization’s unique situation and challenges. The very first principle of Breakthrough Thinking is the Uniqueness Principle – Every organization and its situation is unique. So don’t try to apply someone else’s success formula and expect it to work. Instead, develop your own dynamically, following proven system-design principles.

We believe that the ultimate natural resource is human energy – you cannot force people to do what they don’t want to do. This is one reason why so many plans fail. Instead we work with the natural energies of the planning participants, as well as customers and other people who may be affected by the organization’s activities and changes, to create an optimal system that can not only perform at breakthrough levels, but also allow constant adaptation to the changing environment, for continuous improvement and forward progress.

And now you know why Dynamic Strategic Planning is unlike any other approach to strategic planning out there, why it works better than other static options, and why your organization needs a unique solution. 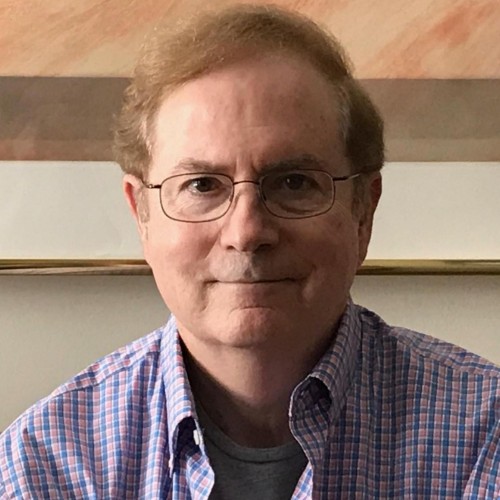 Digital Marketing Basics for Your Business

12 Marketing Ideas For Small Business On A Budget

The 5 Key Success Factors Of Business – No. 5: Finances

LCIWEB is the Leading Center of Information on the Web for articles about business success, personal success, and more.

Contact us on our About Us page in top menu.