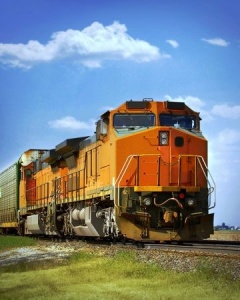 An organization’s capabilities to implement a strategic plan or other major business initiative depends on its capacity to do more without a big increase in people or expenses.  This is a factor often overlooked by business and nonprofit leadership as they plan for the future.

Recently, thanks to some consulting we are doing for a local organization and to some relevant insights from James Clear, it also became “clear” to us that developing more capacity depends on process improvement, and process improvement depends on changing habits. This is a big deal and important to understand.

How are you going to get your people to do more without spending more in the coming year and beyond?  You have to motivate them, guide them and reward them for doing things they are not doing now! If they do the same things they’ve done before (and existing habits are going to make that likely) then you are going to get the same results you’ve gotten before. So how do we get around this?

The Evolution of Quality and Process Management

Very few small to mid-size businesses or nonprofit organizations have invested in process improvement. This has been a big deal in manufacturing for decades, strongly supported first by Total Quality Management (TQM) and more recently by ISO 9000 certification. The basic idea is, observer and write down what you do, then make sure you do it consistently, measure the outcomes and improve. This allows manufacturing of quality products and continuous improvement.

While consulting with a wealth management firm, we learned of the owner’s frustrations with his staff not doing what he wanted them to do, especially when he was out of town. Rather than trying to write down all the steps expected in each process (wealth management is pretty complicated) we turned to Business Process Management (BPM), a relatively new evolution in the quality-improvement field, and one that is made easier to understand and use because of a wide range of software programs (some free) that enable users to draw BPM diagrams online, share them with one another, and continuously improve.

But how do we turn that neat flowchart on the screen into daily behavioral change and improved performance? Aye, there’s the rub. We have a saying, “The hardest thing in the world to change is the behavior or adults.” This is because we all have deeply ingrained habits that shape how we work and think every day. Many habits become unconscious over time – it’s just what we do. Most people run on autopilot most of the time, not making conscious choices in light of all the options, but instead following habits. In fact if it were not for our unconscious control, we would be so busy thinking about breathing, looking and moving a whole bunch of muscles that we could not drive a car or eat a meal or take a shower or many of the other things we do every day.

In a free e-book which James Clear offers on his website, “Transform Your Habits: Learn How Psychology Makes It Easier For You To Live Healthy and Actually Stick to Your Goals,” he talks about the three dimensions of habit-based behavior:

He gives as an example a ringing telephone (reminder), which you pick up (routine) and find out who’s calling (reward – unless it is a telemarketer of course, but that’s another story 🙂

He recommends forming new habits by using a current habit as a reminder for your new one. There’s much more interesting detail in his e-book, but the point is, how many companies or nonprofits seek to implement a strategic plan by engaging in Business Process Management and new habit formation? Darn few.

The Military Does It. Winning Sports Teams Do It.

You think about the military, and how it trains recruits to follow established processes by doing it over and over until new habits are formed. Successful sports teams also know to practice, practice, practice to get good at the fundamentals and master the playbook and win more games.

But in today’s laissez faire culture, it’s more common to give someone a job, give them minimal or no training, and cut them loose. Once they’ve been doing the work their way for a while, showing them a process flow chart or a thick strategic plan is not likely to make a dent in their daily behavior without massive rewards, which are often missing as well.

Forming new habits also follows the psychology-based business aphorism, “What gets rewarded gets repeated.” There needs to be some kind of reward for new habits to stick, even if it is the person congratulating themselves, or group recognition – giving bonuses is not necessary or even as effective as recognition for most people.

This in turn leads to the importance of measurement. Behaviors which can be measured, and ideally tracked online, make successful performance more self-rewarding. Good strategic plans have goals which are measurable, so that as people work toward those goals, they can measure progress, and the organization as a whole can track how well it is doing.

It seems that this is where the evolution of business is headed in the 21st Century: Using computers and apps to create flowchart diagrams of desired business processes, then using some kind of web-based measurement to track progress toward key goals.

What are your thoughts? Do you think this can work in your organization, or do you have better ideas? Leave your comments below. And may your capacity develop ever stronger!