Recently we were contacted by an aspiring new business owner who wanted help “getting the word out” about her new coaching service and a book she has written, to help her grow her business.

“Getting the word out” is a phrase deeply embedded in the culture, especially the business world, that is based on expectations that you can hire someone to “get the word out” for you, something like a “publicist” or a “marketer.” END_OF_DOCUMENT_TOKEN_TO_BE_REPLACED 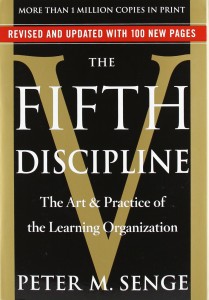 In recent years, Senge (pronounced SIN-gay) and his many colleagues have produced three other books, each loaded with practical applications, guides and exercises. First came “The Fifth Discipline Fieldbook,” a guide for applying the Learning Organization concepts “in the field.” This was followed by “The END_OF_DOCUMENT_TOKEN_TO_BE_REPLACED

Are you trying to manage with assumptions that are 100 years out of date? In recent weeks I have been exploring with increasing excitement the new science of Complexity and its applications to managing organizations. This is really the cutting edge of innovation, and what I’m about to share with you only a small but growing number of people in the world are even aware of. But I and others believe this new approach to organizations and leadership will become the dominant force of the 21st Century, making management practices of the past 40 years seem archaic. 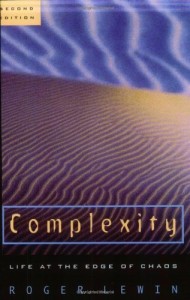 “Modern management” is based on a mechanical view of the universe, specifically Frederick Taylor’s 1911 treatise, “The Principles of Scientific Management.” His “scientific” time and motion studies sought the “one best method” to do each job. Ever since then, organizations have been driven by the search for greater efficiency, as if people were machines who could work faster and smarter. Anyone who has been “driven” by a demanding boss knows how awful this can be.

The science of complexity is the offspring of a field of study known as chaos theory. James Gleick’s “Chaos: Making A New Science” became a national bestseller after its publication in 1987. The New York Times reporter popularized the Butterfly Effect, whereby a butterfly flapping its wings in India causes a series of air movements that eventually result in a thunderstorm over Chicago. In the late END_OF_DOCUMENT_TOKEN_TO_BE_REPLACED 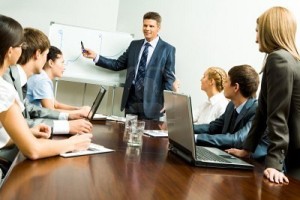 In recent weeks I have seen several instances, one right after the other, where someone who is a very competent and conscientious manager was getting knocked around by his or her Board. These managers were all in a reactive mode, feeling victimized by their Boards. They did not seem to realize that, even though they may not be cut out for it, they could still act like leaders and take charge of their situations.

A few people are fortunate enough to have been born leaders, genetically programmed for it. The rest of us have the choice of remaining trapped by our manager genes or rising above them by an act of will and becoming leaders. END_OF_DOCUMENT_TOKEN_TO_BE_REPLACED 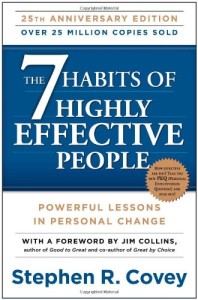 More often than not, when I talk with people about broad issues of managing their life and work, I find they have heard of but never read one of the longest-listed top managing-leading books of modern times, Stephen Covey’s 7 Habits of Highly Effective People. I’m going to give you a concise summary today, encourage you to read the book (many people I know have read it several times– it’s that good), and if you’ve read it before, here’s a reminder.

Why is this book such a long-time best-seller? 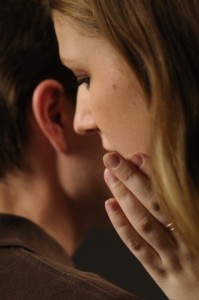 How to persuade people to do what you want? How to convince someone to do something?

I’m excited to share with you some really valuable techniques about persuasion. They were discovered and scientifically tested by a team of psychologists working under Robert Cialdini, Ph.D. He is a professor at Arizona State University in Tempe and author of the highly acclaimed book, Influence: The Psychology of Persuasion. If you want to influence and persuade people to do what you want, or if you want to be able to resist the persuasion attempts of others, read this book (here’s a link to get it now). If you’re in a hurry, here are the highlights and how they apply to relations with customers and others — plus a few influential tips of my own:

1. Reciprocation — Cialdini and his associates found for example that the Krishna sect, which used to press people for donations in END_OF_DOCUMENT_TOKEN_TO_BE_REPLACED

In a recent survey of what our readers consider top challenges, one that surfaced repeatedly was, “How do I motivate my people when our income is down?” or “our budget has been cut” or just “How to motivate people” in general?

As I have said in earlier posts, I believe fundamentally that all human beings and organizations are order-energy systems. So I see the challenge of motivating people as finding ways to turn on each person’s own unique energy system and channeling (ordering) that energy in ways which we the manager-leaders want. END_OF_DOCUMENT_TOKEN_TO_BE_REPLACED 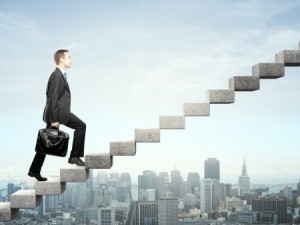 In this special post, I want to reveal to you “the final chapter”– the step-by-step method I’ve developed over more than 20 years (and a ton of books) to help any organization get quickly on the path to greater success and Strategic Alignment. It is not quick and easy, so here is a concise summary, with details further below:

1. Conduct an in-depth analysis of your present situation, positives and negatives, internal and external. Use the 5 success factors as a guide.

END_OF_DOCUMENT_TOKEN_TO_BE_REPLACED

Get a free Excel-driven Business Success Scorecard just for signing up below: